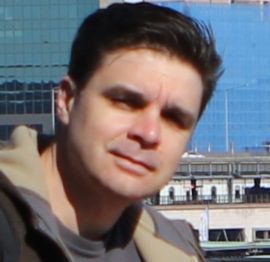 Silviu Cucerzan
Sr. Principal Researcher, Microsoft
Silviu Cucerzan is a Sr. Principal researcher in Microsoft Research, which he joined in 2003, after completing his PhD studies at the Johns Hopkins University. His research has focused on topics at the intersection of NLP and IR with concrete applications to industry, including entity recognition and linking, multilingual spelling correction, question answering, query suggestion and ad selection, vertical search, fact extraction, fact verification, and vandalism detection. His collaborations with product groups have resulted in numerous technology transfers to Microsoft products. During 2016 to 2019, he led the NLP group in the Bing Knowledge Graph group, where he was responsible for developing and shipping new technologies for fact extraction from news, Web tables, and text, as well as vandalism detection in Web knowledge collections. After winning the Microsoft Hackathon with a project that was bringing knowledge from the Bing graph to Office applications, he led the team that developed the back-end for the new Data Types feature in Excel, which intelligently enhances spreadsheets with rich content from Bing’s knowledge graph.

2020 Talk: Entity Linking: The Symbiosis between Knowledge Graphs and News

The development and availability of Web knowledge repositories, in particular Wikipedia, as the largest general-knowledge encyclopedic collection, have changed remarkably not only the way in which individual users fulfill their informational needs but also the way in which information providers organize data by employing large knowledge graphs derived from these repositories. In this talk, we will take a closer look at the task of linking to entities from knowledge graphs both as an enabler for new user experiences on the Web, and in particular in Web news, and as a key instrument for keeping the information from knowledge graphs fresh and accurate. One part of the talk will cover news processing in near-real-time for fact extraction and fact verification. Another part will cover news consumption experiences enabled by entity linking from concept-based video navigation to social-media guided news presentation. Finally, the talk will follow a journey from the idea of enabling users to check facts in their Office documents to integrating the Microsoft Knowledge Graph with Excel through the new Data Types feature.

View the complete talk in the KGC media library.