Olaf Hartig is an Associate Professor in Computer Science at Linköping University, Sweden. He is interested in problems related to the management of databases and knowledge. His focus in this broad context is on data on the Web (Semantic Web and Linked Data, in particular) and on graph data, as well as on problems in which data is decentralized and distributed over multiple, autonomous and/or heterogeneous sources (keywords: federated data management, federated knowledge graphs). Currently, Olaf is co-editor of the RDF-star community group report.

The lack of a convenient way to capture annotations and statements about individual RDF triples has been a long standing issue for RDF. Such annotations are a native feature in other contemporary graph data models (e.g., edge properties in the Property Graph model). In recent years, the RDF* approach has emerged to address this limitation of RDF. After RDF* gained traction among both vendors and users of RDF systems, a community group has formed to produce a specification of the approach, now called RDF-star. In February 2021, the group published a first working draft of this spec, which is accompanied by several test suites. This presentation will introduce the approach and the various features that it adds to RDF and SPARQL. 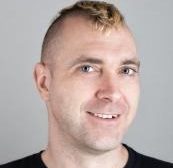