Milan holds a Research Associate position at the Institute for Applied Informatics (InfAI) and an Assistant Professor position at the CTU in Prague. He has 10+ years experience in the computer industry in Germany, Czech Republic and Slovenia. His research interests are in Semantic Web, NLP and Knowledge Graph technologies. Since 2013, Milan has been an active member of the DBpedia community project. He holds a PhD in Information Science from the Czech Technical University in Prague in context of Linked Data, Knowledge Extraction and Web Services technologies.

Over the last decade, DBpedia has become one of the most widely used knowledge graphs and one of the central interlinking hubs in the LOD cloud. The ultimate goal of the DBpedia community project is to a) build a large-scale, multilingual knowledge graph by providing structured information extracted from Wikipedia, and to b) integrate and complement this knowledge with knowledge from other sources.

During the course of the tutorial the participants will gain knowledge about: 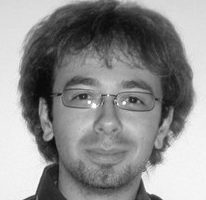